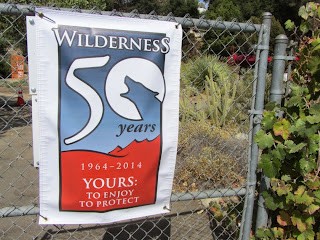 On September 3, 1964, in a nearly unanimous vote, Congress passed the Wilderness Act, landmark legislation that permanently protects some of the most natural and undisturbed places in America. Our nation’s leaders formally acknowledged the immediate and lasting benefits of wild places to the human spirit and fabric of our nation.

The Wilderness Act reads in part, “...it is hereby declared to be the policy of the Congress to secure for the American people of present and future generations the benefits of an enduring resource of wilderness. For this purpose there is hereby established a National Wilderness Preservation System to be composed of federally owned areas designated by Congress as ‘wilderness areas’, and these shall be administered for the use and enjoyment of the American people in such manner as will leave them unimpaired for future use as wilderness.” (Read the Wilderness Act on wilderness.net) 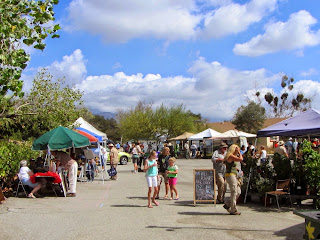 On Saturday, September 27, a 50-year anniversary event was held at Rancho Santa Ana Botanic Garden in Claremont, in partnership with the California Wilderness Coalition, Angeles National Forest, the Bureau of Land Management, Joshua Tree National Park, San Bernardino National Forest, and others. The Wilderness Fair included live music, partner booths, food trucks, Leave No Trace Traveling Trainers, and more. Walk for the Wild was a designated route through the botanic garden with interactive stations along the way sponsored by Leave No Trace.

I first enjoyed the booths and music then took the Walk for the Wild. After visiting the interactive stations, I meandered through the rest of the native plant gardens enjoying the hundreds of acres of natural beauty. It was a good day.

Below is a pictorial display of celebrating 50 years of wilderness.

When the Wilderness Act was passed in 1964, 54 areas (9.1 million acres) in 13 states were designated as wilderness. This law established these areas as part of the National Wilderness Preservation System. Since 1964, the NWPS has grown almost every year and now includes 758 areas (109.5 million acres) in 44 states and Puerto Rico.

Walk for the Wild 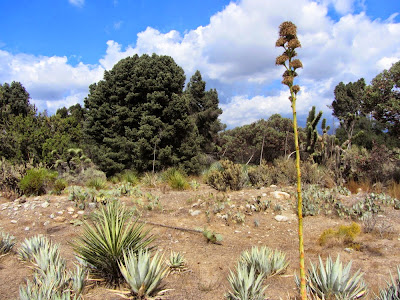 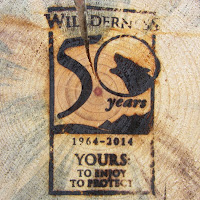 See my blog post for my visit to Rancho Santa Ana Botanic Garden - April 23, 2011, including photos and captions of 18 plants